Of the three ancient Egyptian structures on the site, one, the funerary temple of King Mentuhotep II (built c. 1970 BCE), has lost much of its superstructure. The second, the terraced temple of Queen Hatshepsut (built c. 1470 BCE), was uncovered (1894–96) beneath the monastery ruins and subsequently underwent partial restoration. A fuller restoration of the third terrace, sanctuary, and retaining wall was started in 1968 by a Polish archaeological mission, which also found a third temple, built by Thutmose III about 1435 BCE, above and between the two earlier temples. All three temples were linked by long causeways to valley temples with docking facilities. Situated under one of the cliffs, Hatshepsut’s temple in particular is a famous example of creative architectural exploitation of a site. All three temples were largely destroyed by progressive rock falls from the cliffs above.

Mentuhotep II, the Eleventh Dynasty king who reunited Egypt at the beginning of the Middle Kingdom, built a very unusual funerary complex. His mortuary temple was built on several levels in the great bay at Deir el-Bahari. It was approached by a 16-metre-wide (150-ft) causeway leading from a valley temple which no longer exists. 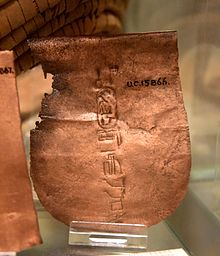